Cover of the Week 44 Surfer Girl 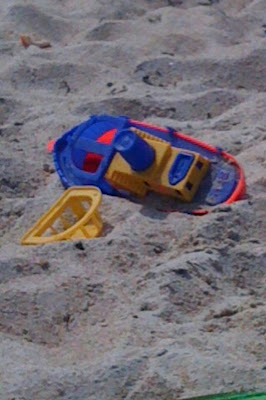 Labor Day weekend. Down at my parent’s place on Cape Cod. We’re in the garage about to leave for the last hurrah of the summer at Old Silver Beach with my mom and the kids. My father is seeing us off from the garage. I look down and see a big box for a 3M overhead projector. I assume it is being used for something else. They had been cleaning out junk from the basement.

“You have an overhead projector?” I ask, opening the trunk of the car.

“Yeah,” he answers, hands in pockets, with the unspoken implication, “why do you ask?”

I ask, “Really? I wasn’t even aware that people still use these things. What with Power Point being 15 years old and all.”

My wife and mother are snickering as we all load up the car.

“Nah, I don’t know how to do any of that stuff,” he answers.

“What do you use it for, presentations?” I ask. Though my father is at least 12 years into retirement, you would never know it. He is on various committees on a volunteer basis. I imagine him showing the arts guild and the church fundraisers how messy their financials are: “Next slide, please.” He keeps regular hours in his home office. We got him a shredder once as a gift for something. A year later, it was still there in the unopened box. “I haven’t had a chance to read the manual,” he explained.

My mother asks, “So what are you showing on that projector thing, nudie shows?”

“Yeah, ‘Hey man, the transparency of that chick is upside down!'” I add in my best disgruntled stag party jeer. “Where did you get this thing, on Craigslist or something?”

“They still sell them? Other people still buy them?”

“Have you read the manual yet?” I ask him.

This is a man well known for his adherence to the meticulous practice of unpacking parts no matter what the kit or product, assembly required or not, laying everything out in an organized flow, getting the proper tools, unfolding the instructions and reading and re-reading them. And yet, it once took two of us to get a swing set about 3/4 of the way assembled before we realized we had to disassemble almost all of it and start over. I inherited my mechanical know-how from him.

And so, we bid goodbye to another summer from a Cape Cod garage.

We were happy to find out that the Buffalo Tom song, “Summer,” was placed on this NPR list/mix of “Songs for Summer’s End.” Regular readers and BT fans are well aware that the topic of the change of seasons, and summer’s end in particular, have held a forceful sway for BT songwriting. A small sampling of our others in this genre include “White Paint Morning,” “Treehouse,” and “September Shirt” to more overtly autumnal tones like “Mineral.” Winter songs might include “Frozen Lake” and “Crutch.” The peak of summer? Maybe “Tangerine,” and “Souvenir.” A Buff Tom May Day soundtrack would definitely have “Sundress.”

There are a good amount of songs that capture the immediate end of summer for me as a fan. From standards like “September Song” and “Summer Wind” to Earth, Wind, and Fire’s “September.” Wilco’s “In a Future Age” resonates for me more recently.

But nothing captures the “wasted every day” feel and the idea of lost opportunity of summer like the Beach Boys’ “Surfer Girl.” It probably seems as incongruous — as it does even to me — that I love the beach. Talk about transparency — that might as well describe my ultra-fair skin. I can only swim a few strokes before I sun out of steam. I hate seafood. But I never was a camping guy, a mountains or a lake guy. I love the shore. I always wished I was a surfer dude. I envy Matt Tahaney and Billy Beard, fellow musician buddies who head out in wet suits in almost any season around New England, laid back and hunting for great waves. Maybe this is why I identify with “Surfer Girl.”

While they are so immediately associated with the joys of fun, sun, surf, and sand via their early singles, and then for the melancholia of the more growing-up projects like Pet Sounds, “Surfer Girl” is one of those that sits in between somehow.

The music is unmistakably wistful, a pining melody against an almost corny standard D-Bm-G-A sad-pop chord sequence. But then it turns even more aching. As I pointed out on Twitter/Facebook this week, I really would not have previously been able to tell you what a major 7th chord was, even as I might be playing a major 7th (as opposed to a straight 7th), but the chord form is all over “Surfer Girl” (under “make my heart come…”) and (“standing by the ocean’s roar,” e.g.) and a good major 7th will break your heart. Apparently, Brian Wilson used “When You Wish Upon a Star” as a guide, writing it at the age of 19.

But I think — perhaps incorrect in my presumption — that most people write off the song as a lightweight Beach Boys number. On the surface, it seems like just a surfer dude out to pick up a surfer girl. Story over. But Brian was not a surfer. He sees himself as a poseur here, a wannabe surfer but not cool enough. As with another song from the same era, “In My Room,” there is an acute loneliness at the core, heartbreak, anxiety and resignation that he will not get the girl (“little one/Make my heart come all undone/Do you love me, do you surfer girl?) She is elusive, nameless, a voiceless stranger, a crush (“I have seen you on the shore/Standing by the ocean’s roar.”) That poignant melancholy has a tight grip.

But then it gets even more urgent, as the singer is all of a sudden left alone on the middle-eight, after having had the support of Four Freshmen-like harmonies up to this point. He takes the “We could ride the surf together….” lines solo before the choir comes back in to join him as the key modulates upwards to an even more aching verse and outro.

It is all a dream. You never believe that the idea that the singer can truly “ride the surf together” with her, or that he even has a woody (please Beavis; it refers to a wood-paneled station wagon that was hip with surfers), though you can tell he really knows he can make her “dreams come true” somehow. He has watched her all summer and knows he will never see her again. 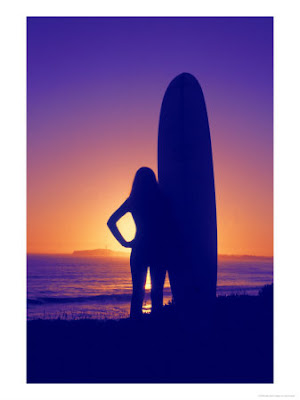