The Ballad of Tim Wakefield ({Non}Cover of the Week 29)

By Bill Janovitz on 5-20-2009 in CoTW, Cover of the Week Project, Uncategorized 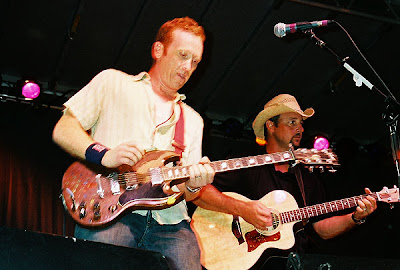 Buff Tom was in the studio this week working on new songs. Work has also been very busy in my day job. I feared not being able to get to the Cover of the Week this week and, while that is technically true, I did get inspired by another dazzling knuckleball performance by 42-y.o. Red Sox legend, Tim Wakefield last night. So with 2 cups of coffee in me, I whipped this little homage up this morning. Also, finding it’s way into the song is this article from the Boston Globe this AM.

When rock and rollers hit a certain (middle) age, many of them feel compelled to write a baseball song. But having one of our own still going at 42, well, that just begs a songs. So in the tradition, hopefully, of Zevon and Dylan (and not so much Fogerty), here is mine:

The Ballad of Tim Wakefield

The Ballad of Tim Wakefield

He don’t need no injections in his ass
He makes the ball flutter, it don’t need to go fast
Hitters swinging just like a cartoons when it passes
The knuckleball from Timmy Wakefield

Batters strike out, pop up, heads bowed low
And into dark dugout tunnels they go
And still confused as the video shows
They were defeated by Timmy Wakefield.