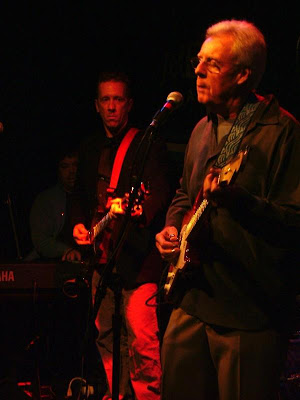 Peter Gammons announced he is leaving ESPN today after two decades at the network. One of the great benefits of playing with Buffalo Tom for just a bit longer than that, is that I have had the privilege to meet guys like Peter, people who are fans of the band. Peter, along with Jeff Horrigan and Michael Creamer founded the annual (now biannual) Hot Stove Cool Music event here in Boston. This year is the tenth anniversary, taking place January 9. I came along the second year and have been at every winter edition of the event since.

One of the jokes about Peter is that he is often claiming this player or that person is “a great human being.” The not-funny part of that is that he finds so much good in so many people. And that is because he is — and I mean this literally — one of the kindest guys I have gotten to know in my life.

In his press release today, forwarded on to me by Jeff this morning, Peter states, “My friend Tom Rush – who taught James Taylor and me our first guitar chords – once wrote ‘how strange it seems to walk away alone. With no regrets.’”

Well I, along with all the Hot Stove regulars, got to share the “stage” with James Taylor at a Hot Stove Cool Music show. It was a special one, as it was right after Peter had suffered an aneurysm and as a result, could not make it. None of us had known how he would come out of it. Luckily for us all, he rebounded at 100%. Things were growing so wildly with the HSCM event, what with the Sox winning the World Series in 2004 (and again in 2007), that the organizers got a bit bold, the Red Sox got more involved, and we spun it off into a summer edition, at Fenway Park. The first summer, it was magical. It was unreal playing out on the field of Fenway, near the Sox dugout.

The second summer, however, 2006, was near tragic; aside from almost losing Peter.

We had somehow convinced James to join the event at Fenway. Most people are aware of James’ local ties, a long-time resident of Martha’s Vineyard, Boston, and the Berkshire Mountains in the western part of the state, just past where we went to college at the University of Massachusetts at Amherst. James is a Sox fan. So he agreed to play a few numbers at out humble show. But the rain came and stayed. Like a baseball game, there was no contingency plan, no alternate venue. The folks who paid for tickets had no recourse, as the money was going to charity. Oh, maybe the disgruntled ones got refunds, I don’t recall.

But in the true sprit of showbiz, we scrounged together a cheesy little P.A. and set up a makeshift “stage” in the concourse under the grandstand in the bowels (those familiar with Fenway will attest to its intestinal-like interior). The sonics were horrendous as were the sight-lines. But James stayed, much to our amazement. He invited the musicians into his trailer to teach us a few chords from his songs so we could do a few impromptu numbers with him. And then we took him to the stage and ran through “Steamroller Blues.” I’m pretty sure that was all we could get from him. But the lack of ego shown by him to risk his reputation as a high-level professional to get down and literally dirty with us in a venue that sounded worse than your parent’s garage, was downright laudatory. 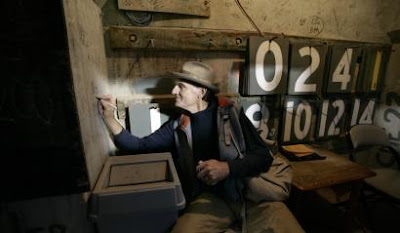 (Photo of JT at Fenway during the 2007 ALCS, by the legendary Stan Grossfeld, Boston Globe)

This was not my first experience meeting James, nor was it the first evidence I have witnessed of his graciousness. Meeting him as a fellow musician on the stage, though, was one of the great honors I have had.

The first time I met James, I was 16. I had just moved to the Boston area. I had grown up listening to him and increasingly become a record-buying fan of his, despite my inclinations toward the Clash, the Jam, the Buzzcocks, and the Who. No, I had always had a big folky side of me that really dug singer-songwriter dudes. Later, in college, I thought I would have to de-emphasize this portion of my record collection, but many of the freaks at the hardcore, Black Flag, and Huskers shows also flew their JT flag proudly. The guy can play and the guy can sing. And he writes beautiful songs. Plus, he is a preeminent interpreter of other people’s songs.

So, one of the first guys I met up in Medfield, Massachusetts was a total shark and a schemer. He ended up being my buddy that year. We went to go see James in Boston when they had those Concerts on the Common (outdoors in the city’s downtown park), before the snooty denizens of Beacon Hill squashed them because the noise was disturbing their privileged peace. It was one of many JT shows I have seen. At the end, my schemer pal wanted to try to get backstage, which was just an area cordoned off by a plywood wall and gate. I wanted no part of this, truth be told. But he was adamant. We waited about 10 feet away from the gate and he started brazenly asking people that were leaving the backstage for their laminated passes. I was mortified. But one guy looked at us grinning, and said, “Sure, here you go,” and he and his date handed over two of the laminates. As we thanked him, I realized the guy looked a lot like James himself. As he turned and walked away, I realized it was Livingston Taylor.

We wormed or way over to a trash can filled with bottles of Miller beer on ice. As we fresh-faced sophomores opened up and drank, we looked around nervously. The area just had a few scattered grown-ups milling about. My buddy nudged me. “Hey, there he is,” pointing to JT across the way. We were in awe. But I was freaked that we were gonna get our asses kicked by some security dude and maybe even arrested for crashing the scene and underage drinking.

“No, just wait a minute. Let’s finish the beer.”

We were finally about to leave when we noticed JT making the rounds and saying good-bye to friends and other nervous-looking fans. We stood frozen in place as he made his way over to us.

We stammered hellos and complements on the show. He seemed genuinely and sincerely happy, no doubt getting a big kick out of our brazenness, or he was just being polite because he thought we belonged to one of the adults. Either way, he could not have been nicer to us.

So this one is for Peter and James. All of us in Massachusetts know the feeling when James sings, “the first of December was covered with snow/And so was the Turnpike from Stockbridge to Boston/Lord, the Berkshires seemed dreamlike on account of that frosting/With ten miles behind me and ten thousand more to go.