Cover of the Week 33 Comfort Me

By Bill Janovitz on 6-20-2009 in CoTW, Cover of the Week Project, Uncategorized 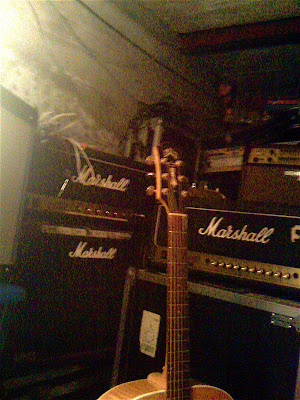 I got in last night at around 11 after being at Fenway for a rather miserable loss, though a lovely night at the ballpark with another old friend of mine. We parted ways after the ninth and I made my way back to my car to find my second parking ticket in a row from the Brookline heat. I guess that means my secret parking spot has been discovered and is now getting the clampdown from The Man. Police on my back.

Another thing you will now learn about William Anthony Janovitz from this chronicle is that I get way too uptight driving in Boston. It is the most acute challenge to my inner Zen. It is a true test. For example, in further testimony that I have become that middle-age guy who has just had enough, yesterday afternoon (before the game), I invited an altercation when I should be doing everything in my power to avoid such situations. Some freak was leaning on the horn of his BMW as soon as I stopped in a parking lot — in a parking lot — to let out my business partner. There was just a was a single lane. But when I had initially looked into my rear view, there was no car. I stopped and John was opening the passenger door. The guy must have still been rolling up behind me when he started in on the horn.

John closed the door and I gave the guy one of those palm-up “what? Come on!” hand gestures out of the window, but then I immediately started to roll. However, people were crossing in front of me so I stopped. Well, of course the ass really leans into the horn. So now I stop, letting anyone within 20 feet of me pass in front. I’m waving everyone by, infuriating BMW Boy. He’s beeping like a mad man. So I casually open my door, step out, and just look at his pathetic twisted face, my head tilted as if to say, “Come on, really. What’s wrong with you?” He is having a conniption. People around here are way too tense. So I shout at him, “There are people passing. Relax!” He yells something in some sort of Eastern European accent, “You, go! You, GO!!”

“Fuck offffffff” I say and start to get back into the car. But now I see a cop, on foot, watching this whole thing. I give him the “Can you believe this guy?’ hand gesture, but I get into the car and pull into the parking spot that, there is no doubt in my mind, BMW Boy wanted, hopeful that it would really send him over the edge. He finally rolls past me, ready to kill anyone in his way. I look to the cop and say, “Guy’s a real hothead.”

“No harm, no foul,” was the officer’s judgment. I was not looking for him to arrest the guy or anything. It was just one guy to another, like, “Can you believe these assholes out here?”

So here I am again, offering another startling confession from a guy reaching “cranky old man” stage. And getting another ticket and then driving through Allston and Brighton on the way home (forget trying to cross over to the B.U. Bridge. Those of you in Boston know what I am saying) on a Friday night with all the drunks out, another guy on his horn as soon as every light turned green, only reignited my stress.

So sitting at home around 11:30, I was in no mood to read myself to sleep. Once I am out, have a couple of drinks, drive through Boston traffic, I am usually a bit too wound up. So I went into what should now be called “Bomb Shelter Studio” and rattled off this week’s cover. We bought a 1942 house a few years ago. It has a breezeway/sunroom connector between the house and the garage. One of my fellow agents here in town who had the listing told me he had been told that it was built to double as a bomb shelter. The foundation underneath it is thick concrete supported by steel beams. It is connected, however, by just a heavy wooden door to the rest of our basement, which makes my skeptical about its potential to save anyone from bombs, but in 1941/42, they were not yet thinking about nuclear, so who knows. The reason to believe it is that we are close to Hanscom Air Force Base.

But it is a great place to record late at night because it is so separate from the rest of the house. It is all concrete. There are no adjoining wood structures that will vibrate and wake up the sleeping family, unlike my office, where I can’t so much as lightly strum an un-amplified electric guitar with my thumb without getting someone coming down the stairs and giving me the evil eye.

I can go in there and pretty much scream my head off. But the late night session last night was appropriate to take on this week’s cover, “Comfort Me,” an old Stax Records single from Carla Thomas, written by Steve Cropper, Eddie Floyd, and Al Bell. When Carla was recording it in 1965, Gladys Knight and the Pips were in town for a concert. She invited them back to the studio, and they supplied lush, beautiful backing vocals, which I have tried to mimic here. I am neither a Knight nor a Pip, however. If you don’t already own the Stax Singles box set, this Carla track is further reason for you to buy it. It is a typical Stax number in some ways, but it is atypically mature subject matter for Carla at this point in her career. And the backing vocals lend a sophisticated smoothness that came more from Northern soul than the gritty Southern style that Stax so clearly defined. But the combination of the two components is magic.

And the subject matter resonates with me lately, having just started John Updike’s Rabbit Run, where the title character has just spent the night with a prostitute and is deluding himself into thinking there is “love” there. I could see him having such a sentiment as this lyric in his head. There is a desperate late-night yearning to this song.