Thanks to everyone down in Australia who came out to see us. We had a great time playing and hanging out at Coogee Beach in Sydney, Melbourne, Brisbane, and the festival at Meredith. Saw my first wild koala. just hanging out. Backstage at the festival. Here is a pic from my Blackberry. 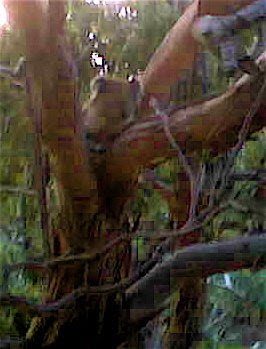 Also, here is a pic of Chris and Tom enjoying a buena vista: 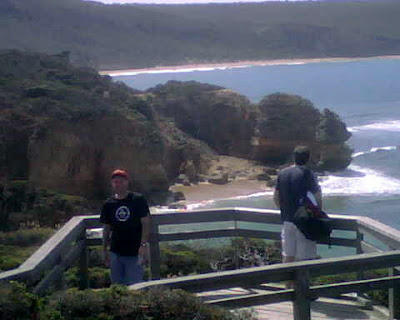 Lastly, a pic of my son, Will, ready to rock breakbeat style: 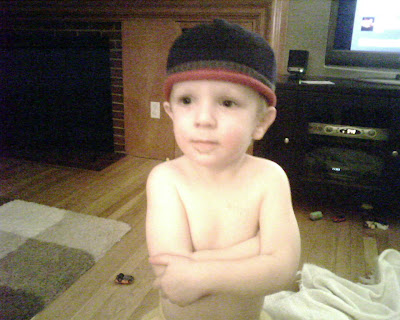 We have some Buffalo Tom shows coming up starting this Friday, April 18 at the Iron Horse in Northampton, MA, the town where BT formed while at UMass. And, the venue is where we first performed at a folkie open mike night as the “Buffalo Tom Trio.” This is true.

Next Friday, the 25th, we play the Paradise in Boston. It sold out last week. Thanks for purchasing tix early.

We are playing in Dublin at the Passenger Festival at the http://www.pod.ie/list_tripod.php on May 30, on our way to the Primavera Festival in Barcelona the next night. This, in my book, is not a bad way to spend a weekend. I don’t take this sort of thing for granted.

We will also be playing fests in Belgium and Holland on a weekend in August. Check buffalotom.com for details

Finally, I have gotten back around to booking a month of Thursdays in June at Toad, Porter Sq., Cambridge, MA. Like 2 years ago, the core will be Matt and Phil from Crown Victoria, though sadly, our drummer, Tom Polce, is in LA. So it will b real revolving cast, a hootenanny, a Janon-nanny, if you will. Expected gusts include my soul sister, Chris Toppin. We wil spotlight the Show People CD which was a covert release still available on iTunes, CD Baby, etc.

If you will recall, in 2006, we had luminaries Theo Epstein and Eddie Vedder make a late night appearance for a 15-minute “Cortez the Killer,” amongst other confections. Phil points out that Pearl Jam will be booked in Boston around June. As he said, “I’m just sayin’….”

Look for me on Facebook, all you “with it” kids.